Vox Pop: ‘What’s your solution to decades of violence in Afghanistan?’ (The Chaser)

As the situation in Afghanistan becomes dire after the Taliban seized control just as international troops were leaving the country, following decades of violence and an insurgence caused by decades of imperialist wars of aggression, leaving the state in a complicated mess of corruption, generational anger and endless violence, we spoke to many vocal members of the public who claim to have solutions to this problem. 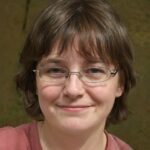 “It’s obvious,” claimed Sally a primary school teacher, “what we need to do is stop the violence. Just go in there be like ‘hey, we are here and you need to stop’ then get all the refugees out and boom problem solved.” 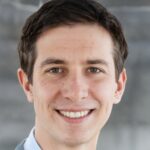 “Why don’t the interpreters just fight back?” asked Dave a guy who likes to listen to Joe Rogan while working out. “Like, bro, they shouldn’t let them push them around. Just pull up and be like check out my gun and shoot them. Bro I would punch the Taliban if I needed to, I have watched enough UFC to take on the Taliban.” 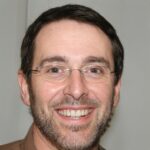 “What they need is cryptocurrency!” claim @ElonisdaddyUwUtotheMoon on Twitter. “Oil and banks and greed caused this mess and crypto will solve it. You can’t rob a crypto or turn it off, the Taliban will be powerless. To find out more buy my new coin ‘HelptheAfghansToken’ and help us fight back against other crypto scammers trying to take advantage of this crisis to pump and dump.” 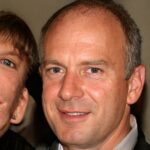 “We need to stop the left from destroying so-called ‘Toxic Masculinity’,” said Greg an uncle that watches Fox News and Sky News, “Tucker said we need to embrace the old ways of how we treated women and I agree. Clearly that and this whole critical race theory mumbo jumbo is the reason the army is full of weak beta males and the west needs to assert its dominance more in the region.”

Share
Facebook
Twitter
Pinterest
WhatsApp
Previous articleChannel 7 renames ‘Home and Away’ to ‘Home’ (The Chaser)
Next articleRural NSW Hospital Fully Prepared For Virus With The 6 Beds The National Party Gave Them In 1985: http://www.betootaadvocate.com/uncategorized/rural-nsw-hospital-fully-prepared-for-virus-with-the-6-beds-the-national-party-gave-them-in-1985 (Betoota Advocate)

Learning how to protect our dunes (PBCA)

A chance to see more of Kay’s art works (PBCA)

A new lease of life for our surf club (PBCA)

A MESSAGE FOR ALL OF US (PBCA)

WHAT WE WANT FOR OUR SURF CLUB (PBCA)

WHY THE YAROOMBA BEACH VICTORY MAY PROVE SO IMPORTANT (PBCA)

We respectfully acknowledge the Kabi Kabi/Gubbi Gubbi people, the traditional custodians of the land and sea on which we live and work. We pay our respect to Elders past, present and yet to emerge.